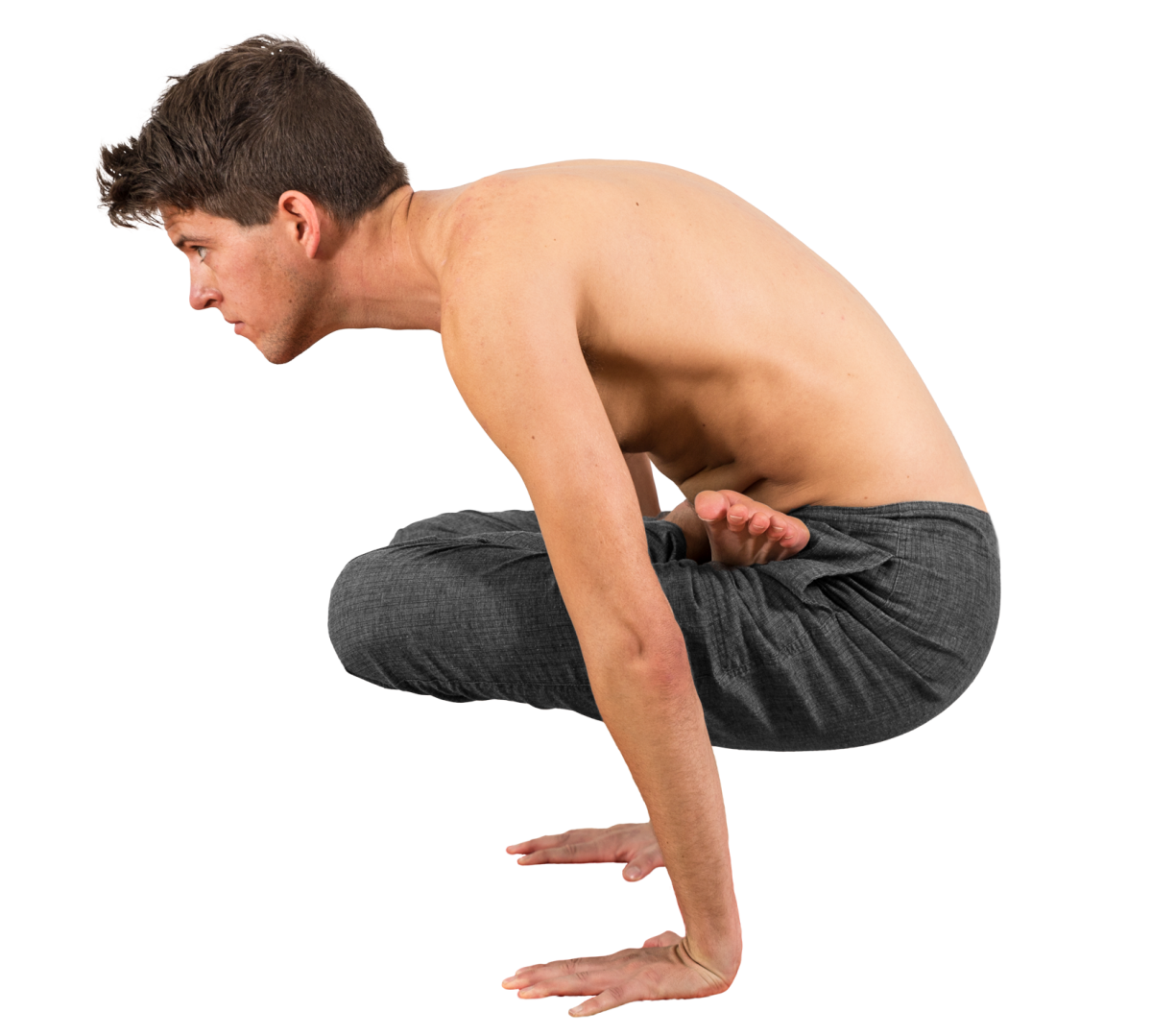 From Padmasana, put your hands on the floor to either side of the thighbones. The hands should be about halfway between the hips and knees.

Inhale, push firmly into the ground and lift up. Round your back deeply and look forward. Make your breath and face as smooth and measured as possible. Hold for 25 breaths. 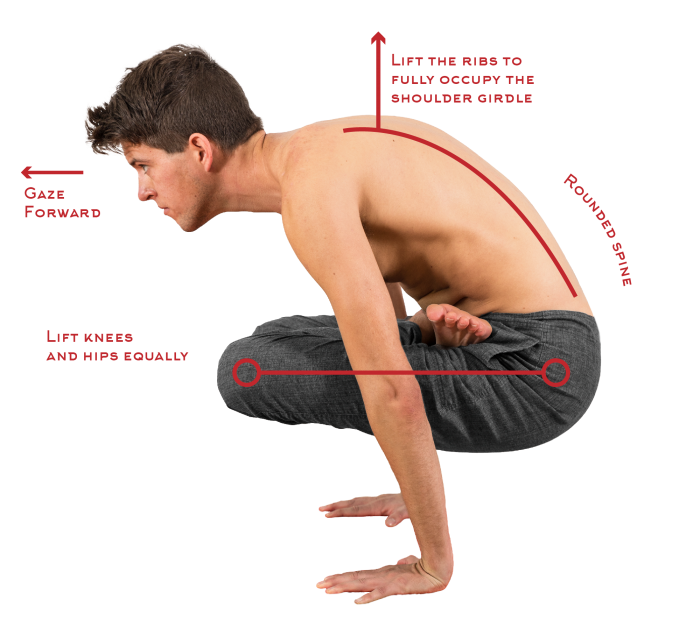 Without setting down, exhale, jump back and take vinyasa.

Watch this video to see jump back from Lotus.

To do this without Lotus position, cross the legs and squeeze the knees towards each other and towards the chest as much as possible. Without lotus, it’s much the same as lifting up to take vinyasa. Actually, it is much easier to lift yourself while in the lotus position than unbound.

If the body will not lift off the floor, follow these steps with a few weeks of practice between each step.

Take it in a 2 cycles of 12 breaths each, or 5 of 5 breaths. Make your rest period between each lift as short as possible.

If in lotus, but can’t jump back:

Set down after 25 breaths, walk your hands forward so you’re on your hands and knees (still in lotus). Make sure you’ve walked forward enough that you’re leaning forward and there’s not much weight on your knees. Tuck your elbows under your body and lift the lotus up (similar to mayurasana), then untuck the legs midair and land in chaturanga.