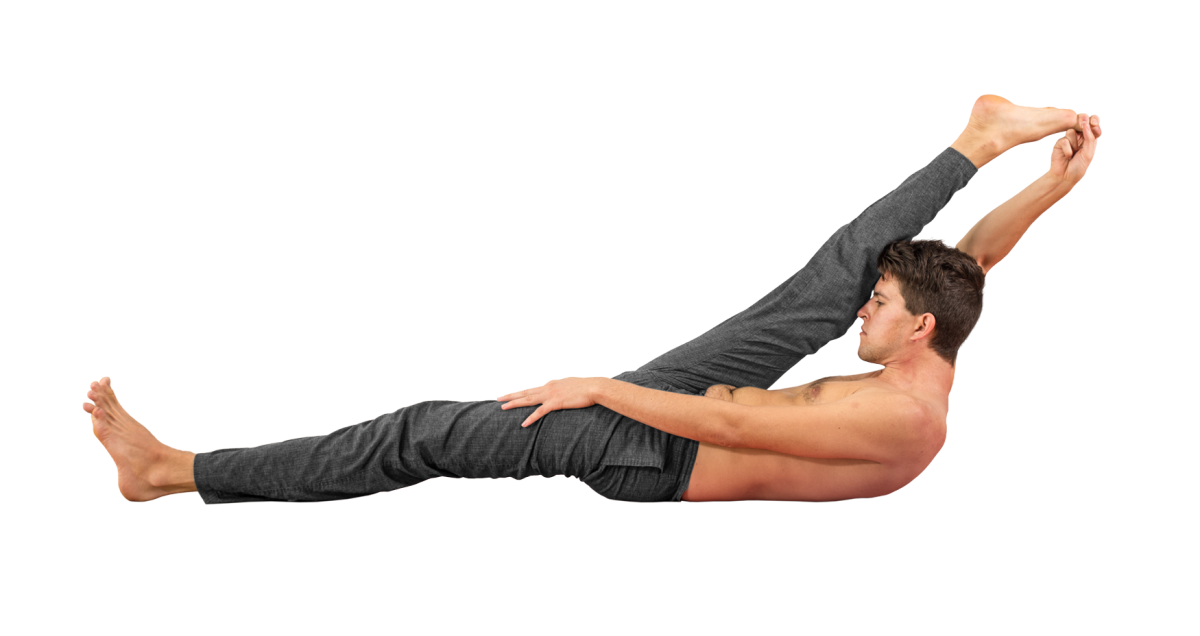 Supta Padangusthasana is the twenty-seventh pose of the primary series, and the twenty-third seated pose. It has A and B variations. Though it may appear to be a “flexibility” pose, this is a very strength-based asana. It is one of the few hamstring-strengthening poses in the primary series. Practicing it generates stability in the hamstrings, hips, and low belly.

The point of this pose is not to put the right foot on the ground overhead. Even if you possess the requisite flexibility, that is a completely different pattern of movement than is used here. Find the strength of the leg to help lift your torso. The action of the leg is as if attempting to bend the knee, or taking the foot away from the head. That way, your arm can pull against a solid resistance in order to lift; if your leg is “stretching” or floppy, you will have no leverage to lift up.

The straight left leg should press firmly into the ground with the toes pointing straight upwards (rather than rolling to point off to the side).

The leg spirals slightly in order to transition to B variation. The toes turn slightly to point towards the ground (external rotation of the femur). Were the foot to touch the ground, the toes would touch first. At that point, should it occur, a counter-twist can be introduced to bring the heel to the ground as well. The right leg should only travel as far as it can without the hips turning: the left hip stays on the ground for the entire movement.

The head turns to face left, away from the foot. Move the head slightly (2-3 inches) to the right before turning so that the spine stays aligned. If you simply roll the head without moving it, the head will travel slightly along the floor (2-3 inches) bringing it out of alignment with the neck and generating unhelpful strain.

From Sat, jump through and land in Dandasana.

Exhaling, keep the hands pressing into the floor by your hips and lay down slowly.

Exhale, curl in and reach the chin to the shin. Five breaths here, this is the state of ‘A’ variation. 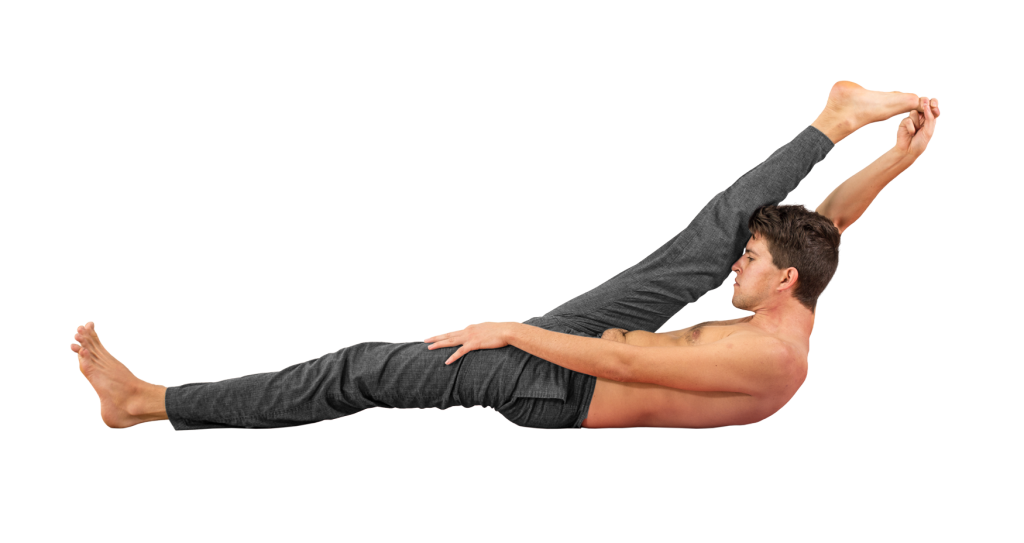 Exhale, put the head back on the floor. Bring the right leg and arm to the side. Turn your head to the left. Five breaths. This is ‘B’ variation. 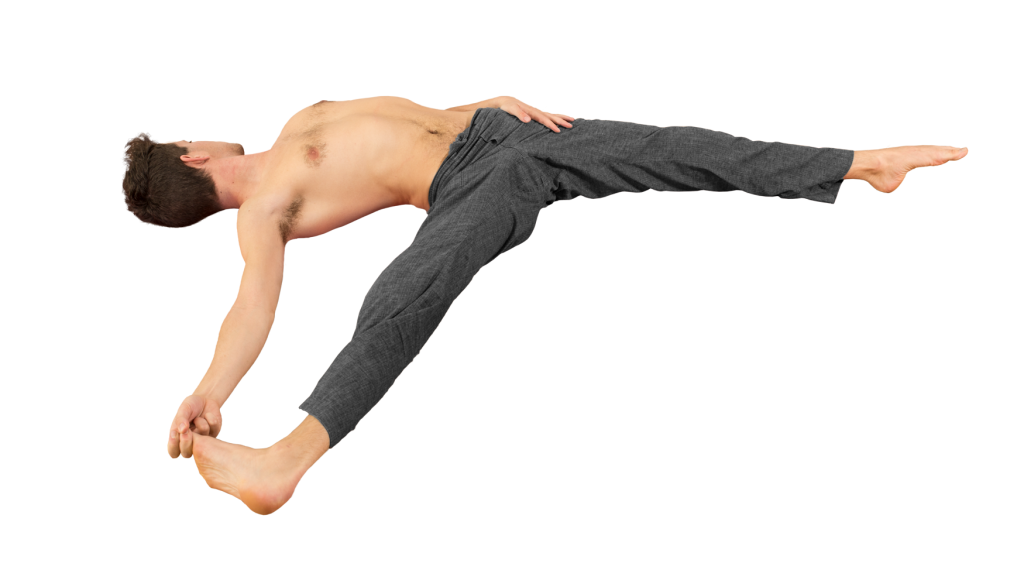 Inhale, turn the head back to center. Lift the right leg back up to center and curl the spine to bring the head in to touch the shin again; only one breath this time.

Inhale, repeat both variations on left side.

*If you’re unfamiliar with chakrasana, or have a neck/shoulder injury, rock up to seated and then jump back to vinyasa.