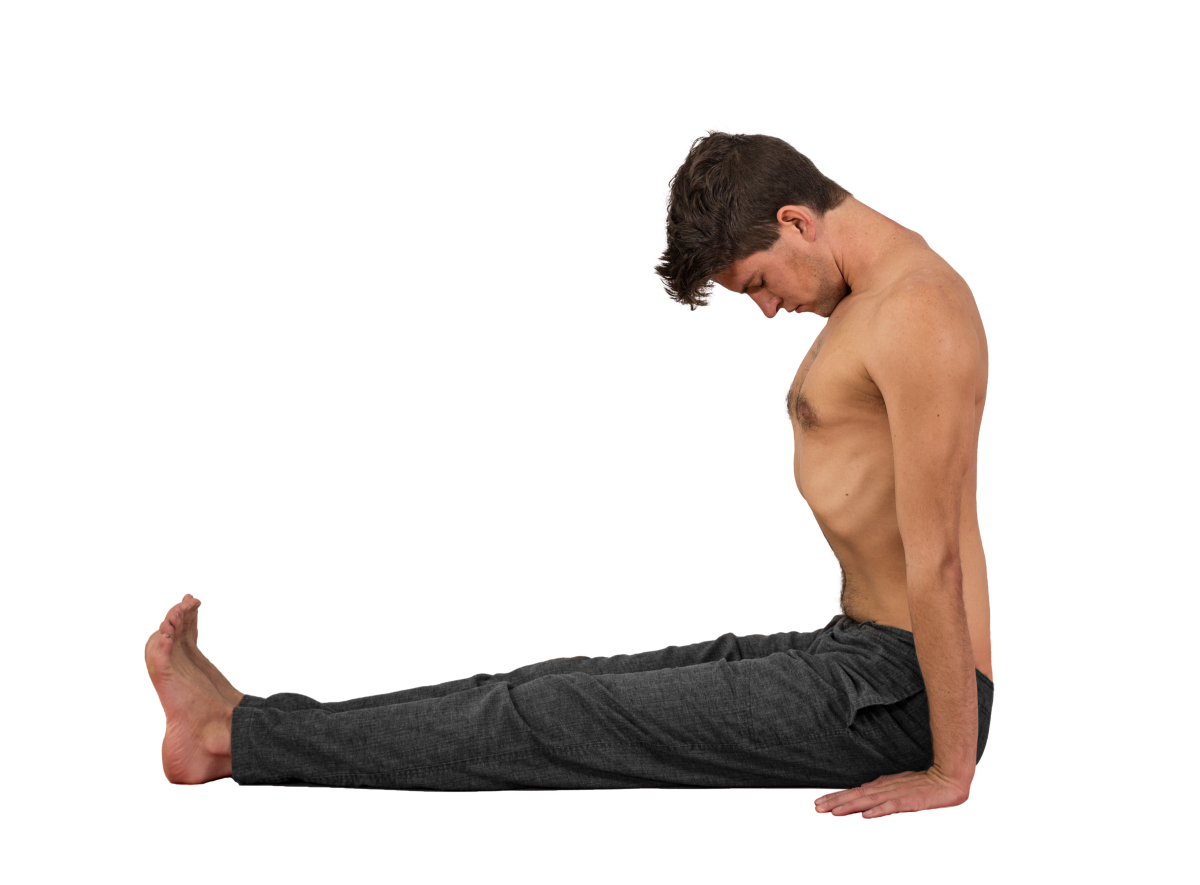 Dandasana is the sixth pose of the primary series, and the first seated pose.

This pose establishes the blueprint for all forward folds and teaches the principles of forward folding that will be revisited frequently during the primary series. For those well established in the method of forward fold alignment, it provides a moment of introspection and an opportunity to commune with the bandha.

These principles are common to all forward folds. Each forward fold also has its own distinguishing actions and characteristics.

In Dandasana, the arms are straight and the hands press into the floor alongside the hips. The spine is fully vertical, and the chin comes to rest on the manubrium, between the collarbones. If your neck doesn’t allow for this much movement, don’t open your mouth to try and touch chin and chest, just be patient.

This pose, though simple in appearance, is not a chance to relax. Every part of the body is effortful.

Inhale, and press the hands into the floor, sitting fully upright and working the actions of forward folding as described above. This is the state of the pose; spend five breaths here. 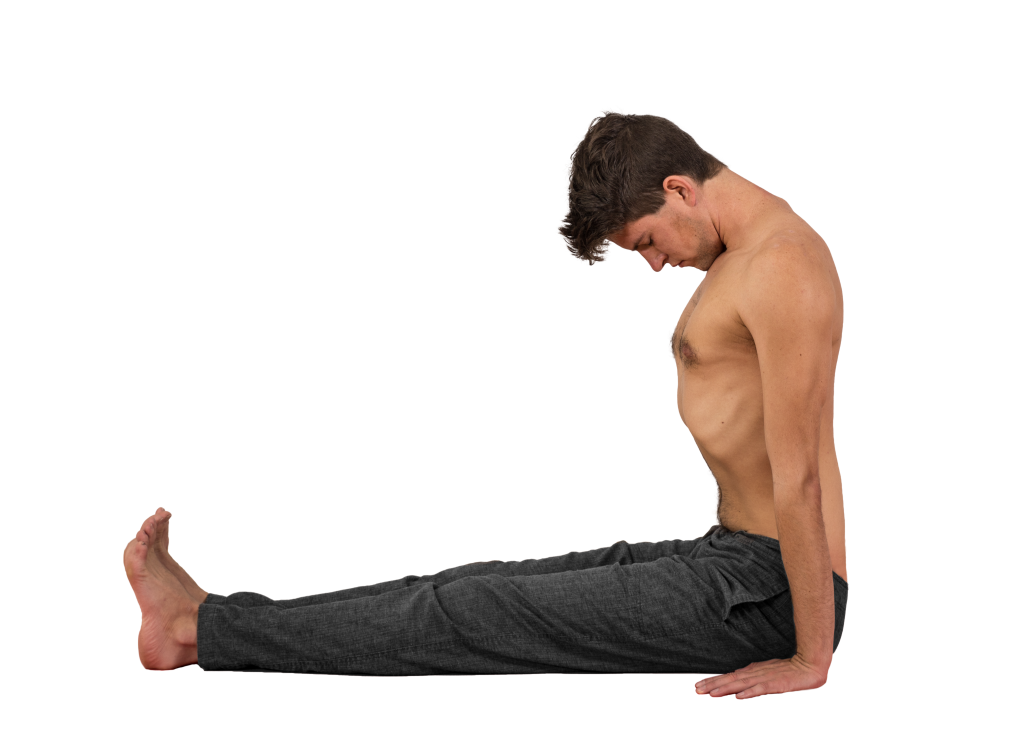 If the hamstrings feel quite tight, or if you’re unable to sit up straight (the spine is rounding), place a blanket or block beneath the hips. Add additional support if necessary until both the legs and spine can be straightened.

Do not allow yourself to slump, or the pelvis to rotate posteriorly. Do not be hasty here; be sure you take the time to figure out the workings of this pose before you move on to other forward folds.