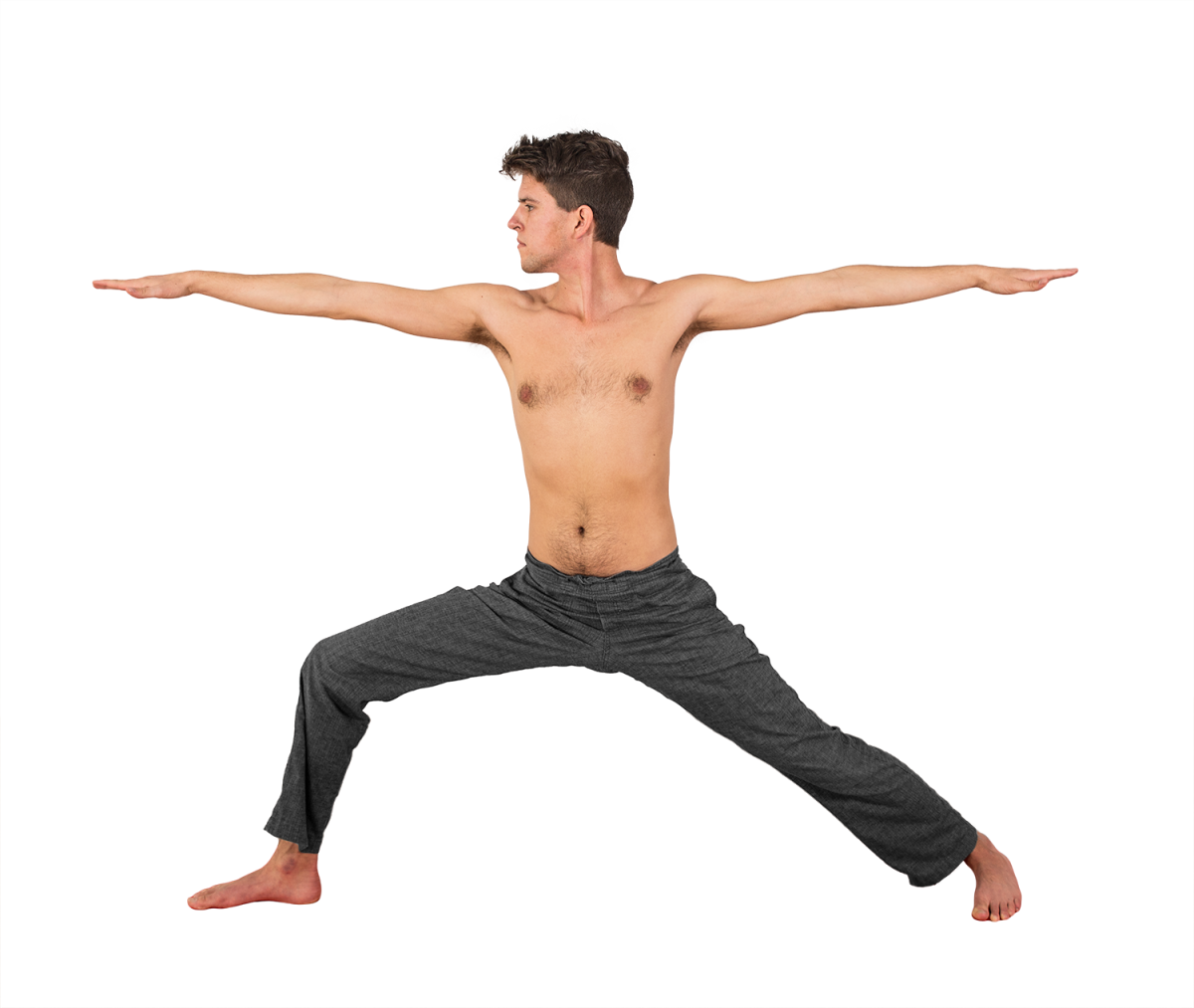 Virabhadrasana B is the fifth pose of the primary series.

The work of this posture is very similar to that of Virabhadrasana A. The primary difference is that now the legs rotate externally, rather than internally, and the arms find a new position parallel to the floor.

The front knee is bent to approximately 70-90 degrees, such that the tibia is perpendicular to the ground in every dimension. The back leg is fully straightened, while the back foot is at a 90 degree angle to the front foot.

The upper body is not only vertical, but lifting. Rather than leaning back at the level of the chest or shoulders to create the illusion of verticality, draw upwards from the deep low belly and the waistline.

Keep the pelvis relatively neutral. Avoid excessive anterior or posterior tilting. Neutral does not mean passive or relaxed, however. A strong anterior tilt is typical while learning the pose, especially if the inner thigh muscles (adductors) are short. This means you’ll need to make the action of posterior rotation until the pelvis comes to an active neutral, which will be quite effortful.

In order for the pelvis and legs to form a stable and powerful foundation, both thighs must be rotated externally. Be sure to press the center of the heel and the outer edge (pinky edge) of the back foot firmly into the mat, otherwise the foot and ankle might ‘crumple’ inwards, leaving only the big toe side in contact with the mat.

With an air of nobility, gaze over the spread fingertips.

Exhaling, transition from Virabhadrasana A: Turn the back foot from 45 to 90 degrees, turn the hips and torso to the side, and spread the arms wide. You may need to widen your stance slightly. Hold here for five breaths; this is the state of the pose. 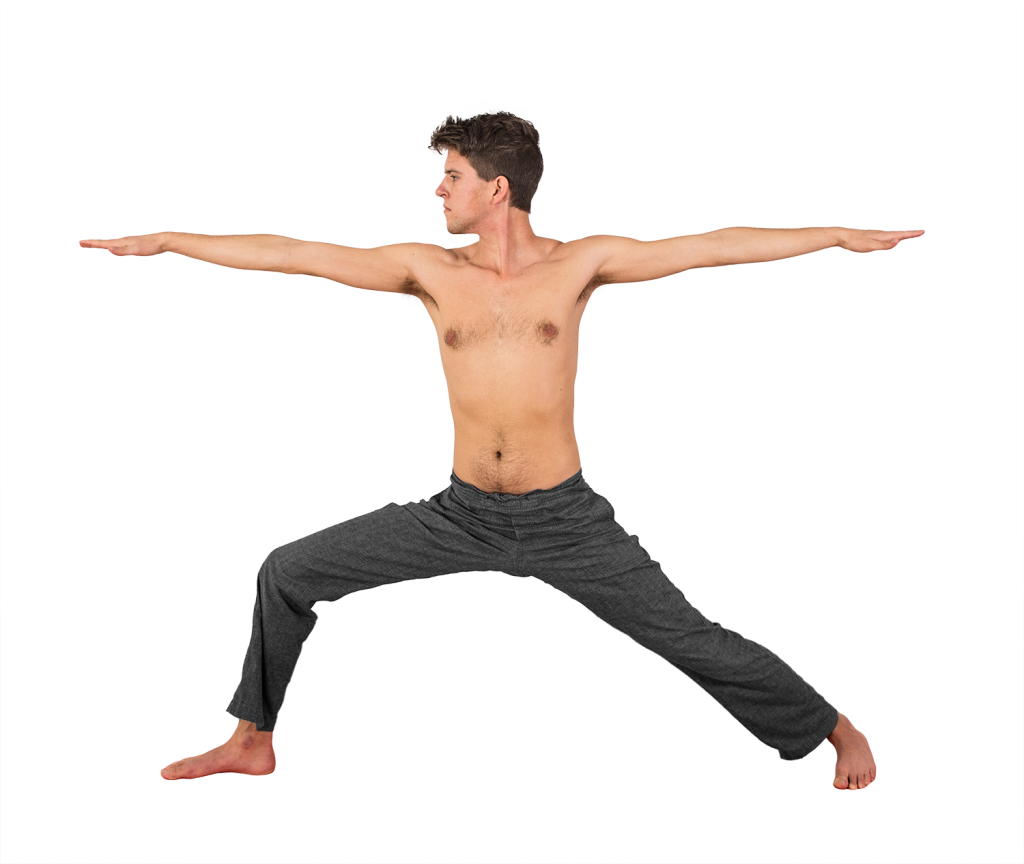 Inhaling, press firmly through the left heel and straighten the left leg. Move directly to the second side by pivoting on the heels. Do not move the arms and torso during the transition.

Exhaling, bend the right knee. Five breaths here; this is the state of the pose.

Inhaling, straighten the right knee by pressing firmly into the heel. Sweep the arms up overhead and turn to face the front of the mat, allowing the back heel to rise.

Exhaling, place the hands down to either side of the right foot and step or float back to Catvari.

In the case of shoulder or neck injury, place the hands on the hips. If there is pain in the hips or knees, shorten the stance as necessary until recovery.