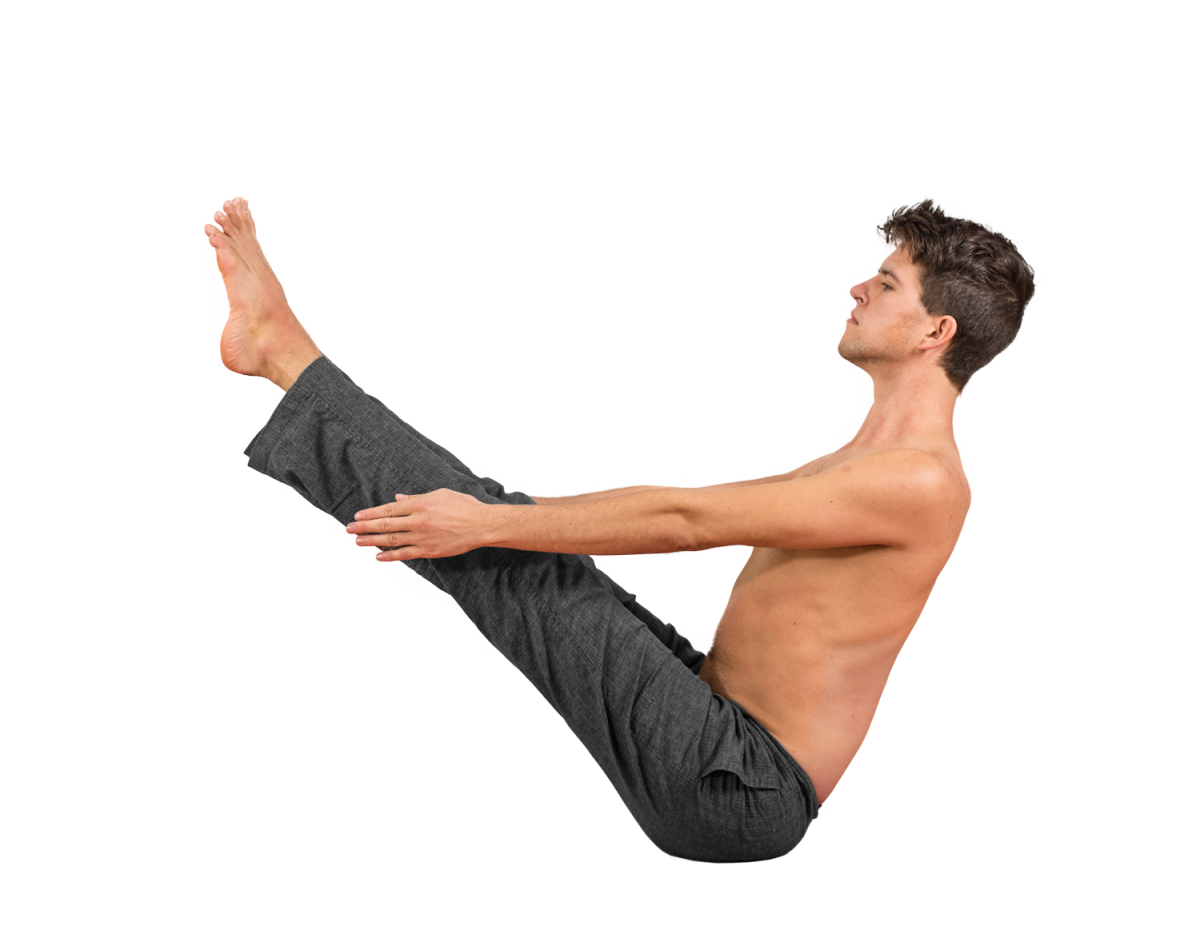 Navasana is the eighteenth pose of the primary series, and the thirteenth seated pose.

Unlike “crunches” of modern exercise routines, the Navasana position is best performed with the spine straight and neutral. This allows the abdominal muscles to strengthen without shortening and hardening. Performing Navasana with a flexed spine, or doing crunches, sit-ups, etc., contributes to the poor posture, back pain, and diminished organ function already endemic to western societies. The tendency towards slouching in this position is understandable: the abdominal muscles—any muscle—are strongest in a somewhat shortened position. This tendency must be abolished in a Yogi, and strength developed equally throughout a muscle’s range of length.

In this way, the psoas and quadriceps are recruited for maintaining the position. A supple and strong psoas, especially, is a requirement of good posture and functional movement. In a slouched position, the psoas is effectively “offline.”

It is preferable to practice with the spine straight, the heart and head lifted, rather than to have the legs straight, if such a choice must be made. As the requisite strength develops, the legs can be straightened fully. 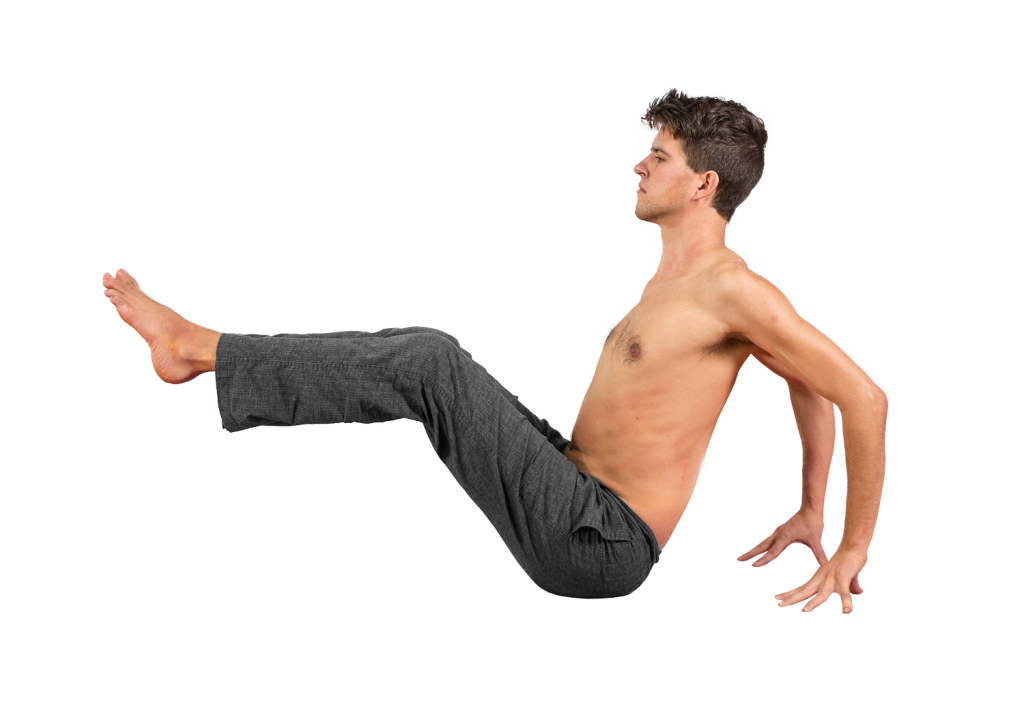 Balance on the sitting bones, making effort to tip the pelvis anteriorly. If the weight is on the sacrum, or back of the hips, you have rolled too far back. Place the hands behind you to lengthen the collarbones and encourage the heart to lift; don’t allow slouching or rounding of the upper body.

The knees should be together, the legs energetic and the toes spreading. Press forward through the roots of the big toes. Gaze down the length of the nose.

Over time, maintain these actions and take the hands off the ground, extending them straight forward parallel to the floor. Next, work at straightening the legs. Do not sacrifice any of the previously established alignments in order to straighten the legs; be patient for the strength to develop.

The back does not need to be arched, or the pelvis to be anteriorly rotated, but that effort or sensation may be necessary in order to reach a neutral position. In other words, the alignment of the upper body should be as in Samasthiti, despite the influence of gravity.

This pose is held for a total of 25 breaths. Every fifth exhalation, lift up and rock in Lolasana (as discussed here), then set down into another round of Navasana. No additional or “resting” breaths are to be taken. An advanced variation is to lift into handstand from each Navasana, then lower back down without touching the feet to the earth.

From Sat, jump through and land straight in Navasana. There is no Dandasana or other preparatory breath; Navasana begins immediately. 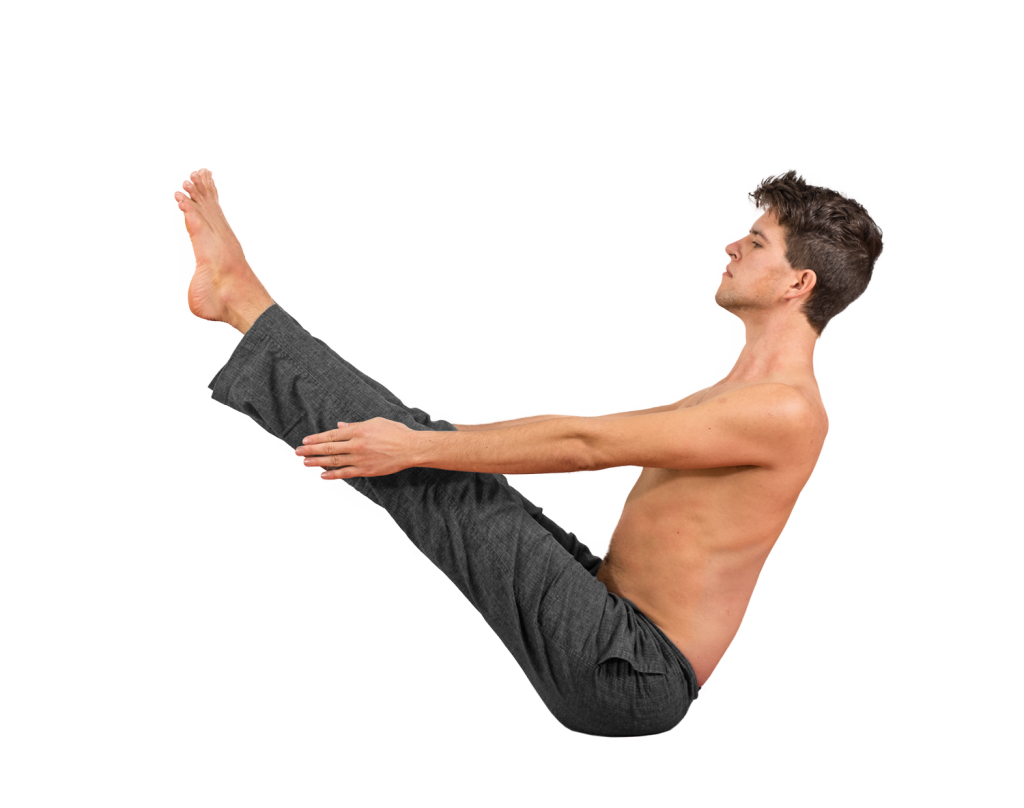 After five full and unhurried breaths, lift up and rock, inhaling. 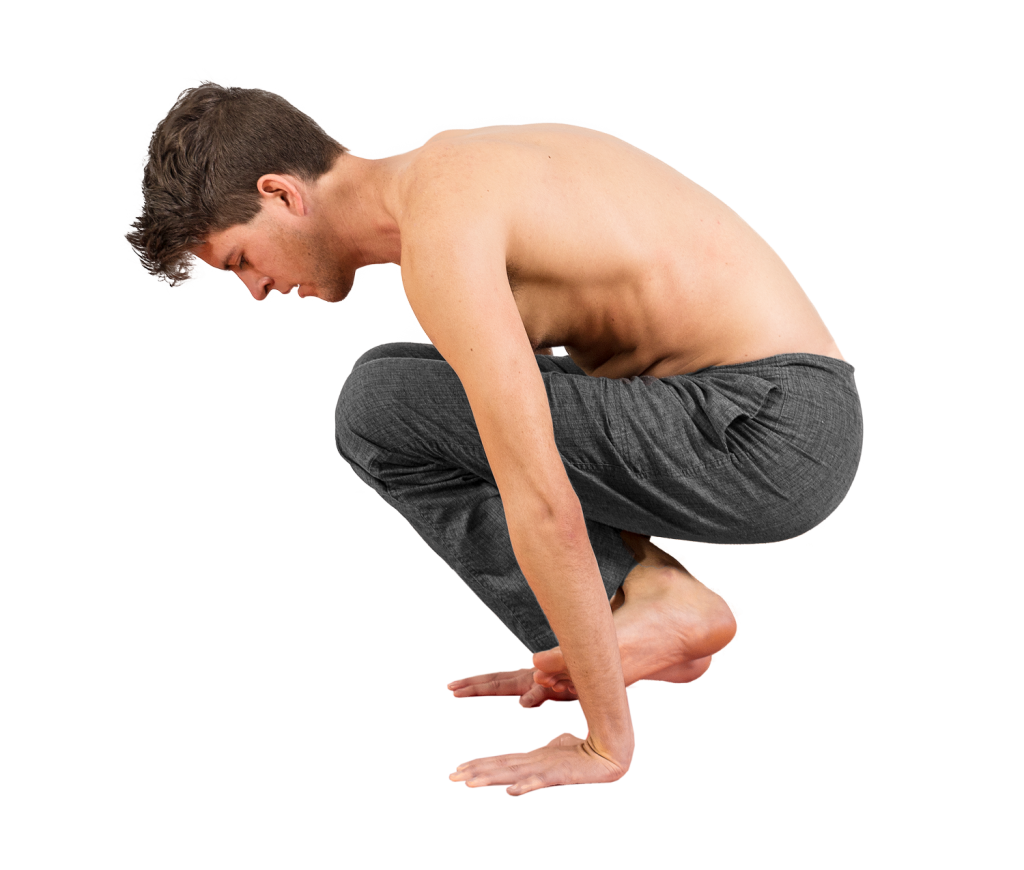 Exhaling, set back down into Navasana. Five more breaths;

Exhaling, set back down for the third round.

Exhale into the fourth Navasana.

Exhale, jump back to take Vinyasa.

If having the hands on the ground behind you as described above is either painful, or does not provide enough lift, try lightly holding the backs of the knees. Be sure not to slouch or let the chest cave in; keep pulling the heart towards the knees. 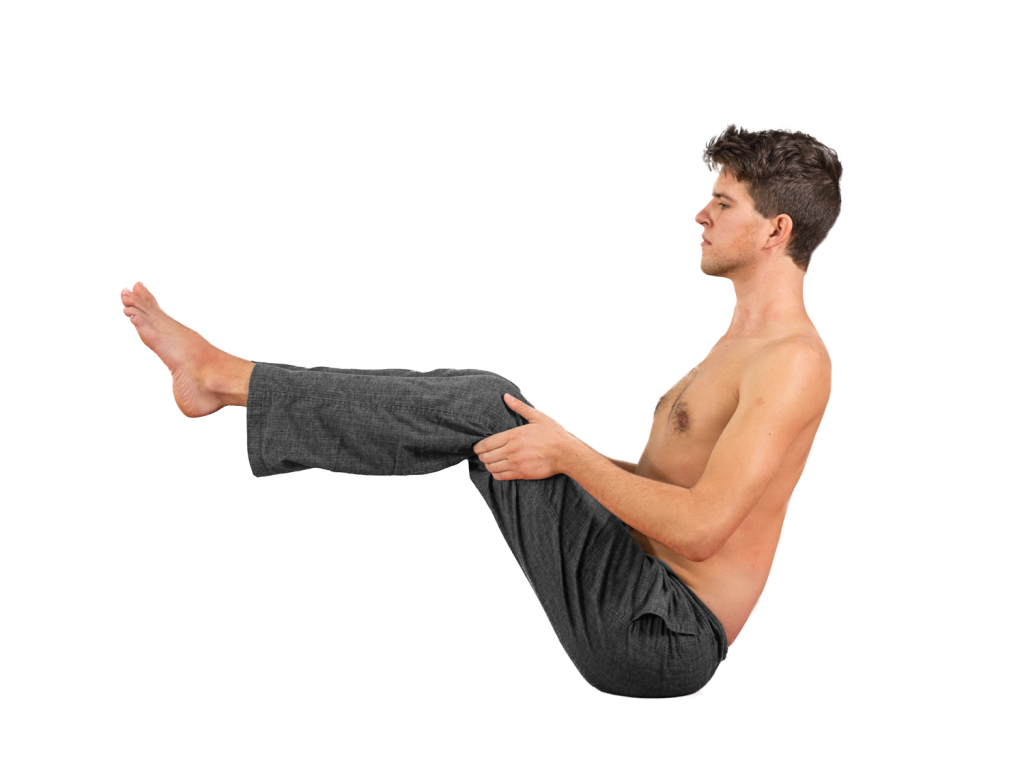 If the coccyx is painful, sit on a blanket or other padding.